A word on your weekend reading 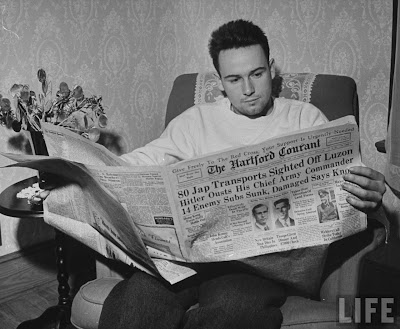 I think it's fair to say that there really is no point in nitpicking the frum media anymore. They have their M.O. and they live and die by it. They choose to include whomever they want and ignore those they see as unfit for print. So whereas we would hem and haw over whom they mentioned in this article about Kiruv and that article about pioneers in American Yiddishkeit we don't think we can change the status quo, so we don't bother. What we CAN do is bring to your attention how the press - despite their swearing to the contrary - is a group of people afraid of their own shadow, and he we humbly suggest that we use this weekend as proof, or exhibit A, if you will. Mind you, they're spineless only to a point - only when they wanna be, and only when it comes to certain people, groups and issues. Otherwise they're VERY cuting edge and open-minded, very much with their "finger on the pulse." They know all about kids at risk and all the dangers out there, and they're gonna save you and your family from certain collapse, both spiritual and financial. There I go again, whining like a little girl. Sorry about that.

Unless you just crawled out from under a rock you know that this Friday - 20 Kislev - was the 30th Yohrtzeit of Rav Yitzchok Hutner. As is usually the case none of the competing publications wants to miss out on this VERY IMPORTANT milestone. They all like numbers, 75 years from Yossele Rosenblatt, 10 years since Rabbi Sherrer, and so on and so forth. Mind you that no genuine Chaim Berliner would volunteer to write for either one of them, so they got Feitman and Stolper to write the articles, and true to form, each one made sure to get in what he thought was absolutely necessary. Stolper may be a CB talmid, and G-d knows they use him as proof of the greatness of RYH and his commitment to Kiruv, but he's not a CB guy today. Stolper made sure to reference RAIK and RYDS, which won't make the CBers very happy, and somehow RYH got to Berlin. No mention of why he went and what he was doing there, but Reb Pinchas HAD to get that in there, so he made sure to mention it, even if the reader if left scratching his head as to why the "greatest mind of the 20th century" needed to go to Berlin. I'm sure they assume it was Torah-related, but why allow that to be up to the reader? 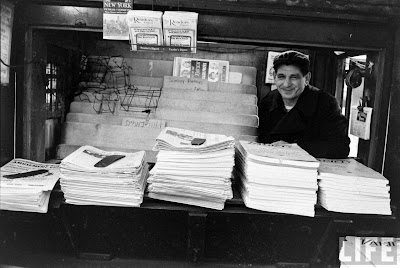 When it comes to Feitman and his write-up in Mishpacha, he toed the straight Yeshivishe line, as any good Yeshivishe would do. I guess they wanna get CB into the Yeshivishe mainstream. So when he mentions the Toras HaNozir and the Haskomos he got, no mention is made of Rav Kook, G-d forbid, and the Haskomoh he got from him, despite the fact that he mentions Reb Chaim Ozer and the Kovner Rov. So Hamodia mentions his connection to RAIK and RYDS and Mishpacha doesn't. Go figure. And the kanoyim are out to get Mishpacha... Berlin never happened either, it was just a figment of some MO guy's imagination, his whole life was Torah, original Machshovoh the likes of which the world had never seen and never will ------. The best part was how he shunned publicity and was so humble, which is why JTA only had a paragraph or two to write about him when he passed on. Mamish eizen-shtark. Such proof of humility hasn't been seen in a long time. That story goes VERY well with the portrait he posed for with his hand in the gartel and no hat... I'm sure Heshy Trainer almost fell off his ladder when he saw how the great humble one posed for him...
Posted by Hirshel Tzig - הירשל ציג at 11:50 PM

hirshel,
what say you about the AMI revisionist history article anout the BR and the emphasis they put on his conversations with RMMS? have you read it yet?

I have not read it.
what do they say there?

How about the much-ignored story in "the World of the Yeshiva" about RYH & RSFM getting a charter to open a university, whioch plans were derailed only by RAK's threat?

Tzig, I'm pretty sure you are mistaken about Mishpacha. I read the article pretty quickly and my kids were jumping on me the whole time but I am quite certain there was a mention of Rav Hutners shaychus with Rav Kook. IIRC, it was brought in the context of showing RYH's ability, even at a young age, to recognize that not everything is black and white. He accepted a mehalich in learning from RAYHK while vehemently disagreeing with the later's Zionism.

(Those last few words are close to a direct quote. I kid you not.)

Interesting how "critical" you are of other Non-ChaBADSKER writers but don't make a "peeps" when the idiots who write for your cult make up unbelievable amounts of bs to describe your leader andcover up all the foibles
Why don't you start looking in the mirror???

ah, yes
the usual "they do it too" excuse

I look in the mirror every day.

What kind of mirror is it?
The "mirror, mirror on the wall, who is the biggest kool-aider of all" kind?
Yold, gei koif dech ah bessereh shpigel

tzig, please just get a computer program to delete all comments that mention that Jim Jones beverage of choice.

If Chabadskers skip an extra day of tachanun to celebrate how the Baal Hatanya was freed from a misnageid's living room, how many days should you celebrate by deleting every comment with a "petel" reference.

For all you koolaid poets out there, I'll explain what Tzig is doing, without his reshus:

Everyone gives Chabad a hard time for its "revisionist" history, so he points out that all kreizn gloss over the 'unpleasant' skeletons of their particular closets.

By the way, Tzig, one point worth mention: R Hutner disassociated himself from R Kook way back in the 50s. He would be the first one to be happy if an article written about him didn't reference that part of his life. Why? Not because he wasn't machshiv R Kook, but because he didn't want to associate with the movement whose poster-rabbi he became. That's why he removed the R Kook picture from his succa during that tekufa hayadua in the 50's.

Tzig
did you hear the ...... Tzim Tier, episodes from the Humble of the humblest,

if you talking about revisionism lets give a few points for the Holy Novominsker Rebbe for having in mind to delete Chabad from the Kiruv Organizations list, in the interview for Reb Yossel Rappaprt and Heshel of the Hamodia,

Yehupitz
when did he decide to drop Chabad?
when did he realize that The Chazon Ish has nishmas Hagro? I remember reading his nonsense in the sefer hazikoran of Mechon Yerushiliem

The Novominskers article in Hamodia was for the books. It was an interview i would date 1979latest. The oldest prefabbed answers ever.
He talks about Marijuana being the danger on the street (1982)
About kiruv orgs not doing the same mistake as the conservative in allowing ppl to drive to shul on shabbos. (1973)
The best part was the Q about J Pollard and Novominsker agreeing that YES!, he shouldve been let out 25 yrs ago. (1989)

Somebody ought to update him on Meth and Prescription drugs, on the shluchim cyber schools and networking, with a bit of info from FreePollard web site.

Here is the quote from Mishpacha:

"Although he became extremely close to RAYHK ztz"l, and absorbed many of his teachings, he vehemently rejected Rav Kook's position on Zionism. He had already learned to filter genius and greatness, distilling what he concluded was right for his own development and character."

where is the stolper article?

put up the pic u mentiond in the last line!

Tzig,
As a non Chaim Berliner, I read the articles with great interest. They depict a giant of Torah who dedicated his life to his talmidim. Certainly admirable.
I'm befuddled why you - a Lubavitcher - from a sect dedicated to bringing Moshiach (who is detained by sinas chinum), would engage in creating machlokes!?!
Yelamdeinu Rabbeinu

An Ailmisher
what R U talking about?

" But why would chassidim fabricate a story that their Rebbe went to the Sorbonne and endure insults from the Satmarers and others, when he did not?"
Where does this this"reliable" information come from? Is it Berger, Deitch or the last "scholarly" tome, published recently, about the Rebbe?

what's wrong with Deitch, except for the truth?

"what's wrong with Deitch, except for the truth?"
Thats just the point.The "truth" as he writes it is wrong. and I write this not as a "kool aided"" brainwashed" individual who has come under the influence of the "Lubav propaganda machine" but from personal knowledge to which he had no access.

could you give an example, bitte?

Every talmid has a different story and none of the memorial articles were the same. Sure they wrote glowingly, but there was lots that each one said that revealed different dimensions, not to be cynically dismissed as "sweet nothings."

Rabbi Stolper who wrote the article for the Modiah was no yes man. He was an open thinker who admired many gedolim such as Rav JB Soloveitchik and Rav Ruderman, and launched the career of Aryeh Kaplan, not to mention founding and running NCSY, all with Rav Hutner's haskoma and hadrocha.

Some insiders know that Rav Hutner held that Lubavitch was doing the right thing in kiruv, and he was a big proponent of doing the same thing. It was essential to reach out to America's secularized Jews and he did it with the same passion as his good friend the Rebbe Rav Menachem Mendel Scheerson did.

Feitman says some interesting things in his article, and if one knows who he is talking about, he puts together some long-lost puzzles, such as that the one who had difficulty with talking and got cured by being a rebbe, was none other than Rav Shimon Groner, a cousin to the other Groners, all an old Lubavitch family, but Rav Shimon Groner became a chosid of Rav Hutner and eventually he was the one who Rav Hutner chose to be the replacement for Rav Shlomo Carlebach as the mashgiach of Yeshiva Rabbi Chaim Berlin, a post he held for 25 years until his passing.

So give the writers credit for writing under difficult strictures but managing to convey the humanity and cleverness of Rav Hutner, not just his gadlus in Torah.